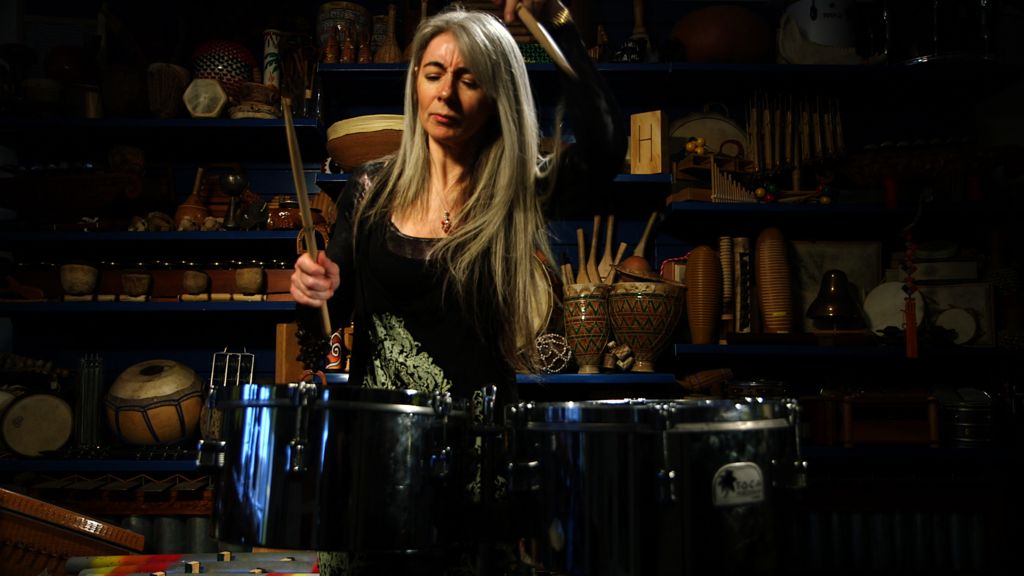 Dame Evelyn Elizabeth Ann Glennie. CH, DBE (born 19 July 1965) is a Scottish virtuoso multi-percussionist, performing internationally with a wide variety of orchestras and contemporary musicians. She was selected as one of the two laureates for the Polar Music Prize of 2015. Glennie was born and brought up in Aberdeenshire. Her father was Herbert… Read more »

Joseph Albert Morello (July 17, 1928 – March 12, 2011) was a jazz drummer best known for his work with the Dave Brubeck Quartet. He was particularly noted for playing in the unusual time signatures employed by that group in such pieces as “Take Five” and “Blue Rondo à la Turk”. Popular for its work… Read more » 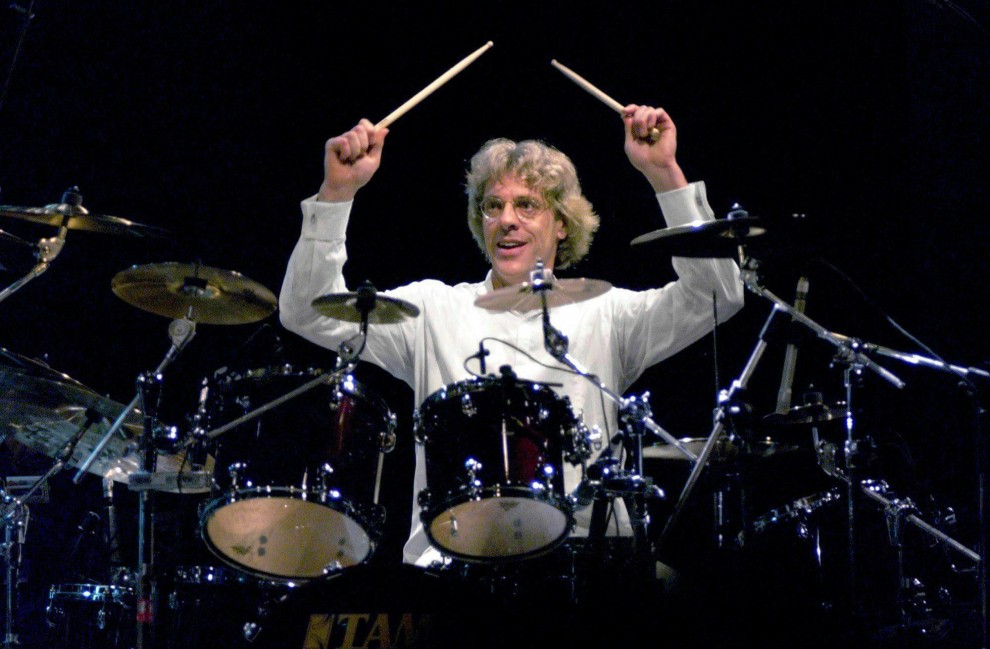 Stewart Armstrong Copeland (born July 16, 1952) is an American musician and composer. He was the drummer for the British rock band the Police, has produced film and video game soundtracks and written various pieces of music for ballet, opera and orchestra. According to MusicRadar, Copeland’s “distinctive drum sound and uniqueness of style has made… Read more » 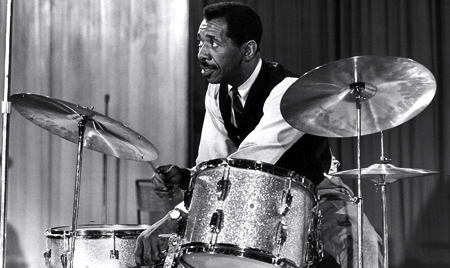 Joseph Rudolph “Philly Joe” Jones (July 15, 1923 – August 30, 1985) was an American jazz drummer, known as the drummer for the first “Great” Miles Davis Quintet. He should not be confused with “Papa” Jo Jones, another drummer who had a long tenure with Count Basie. The two men died only a few days… Read more » 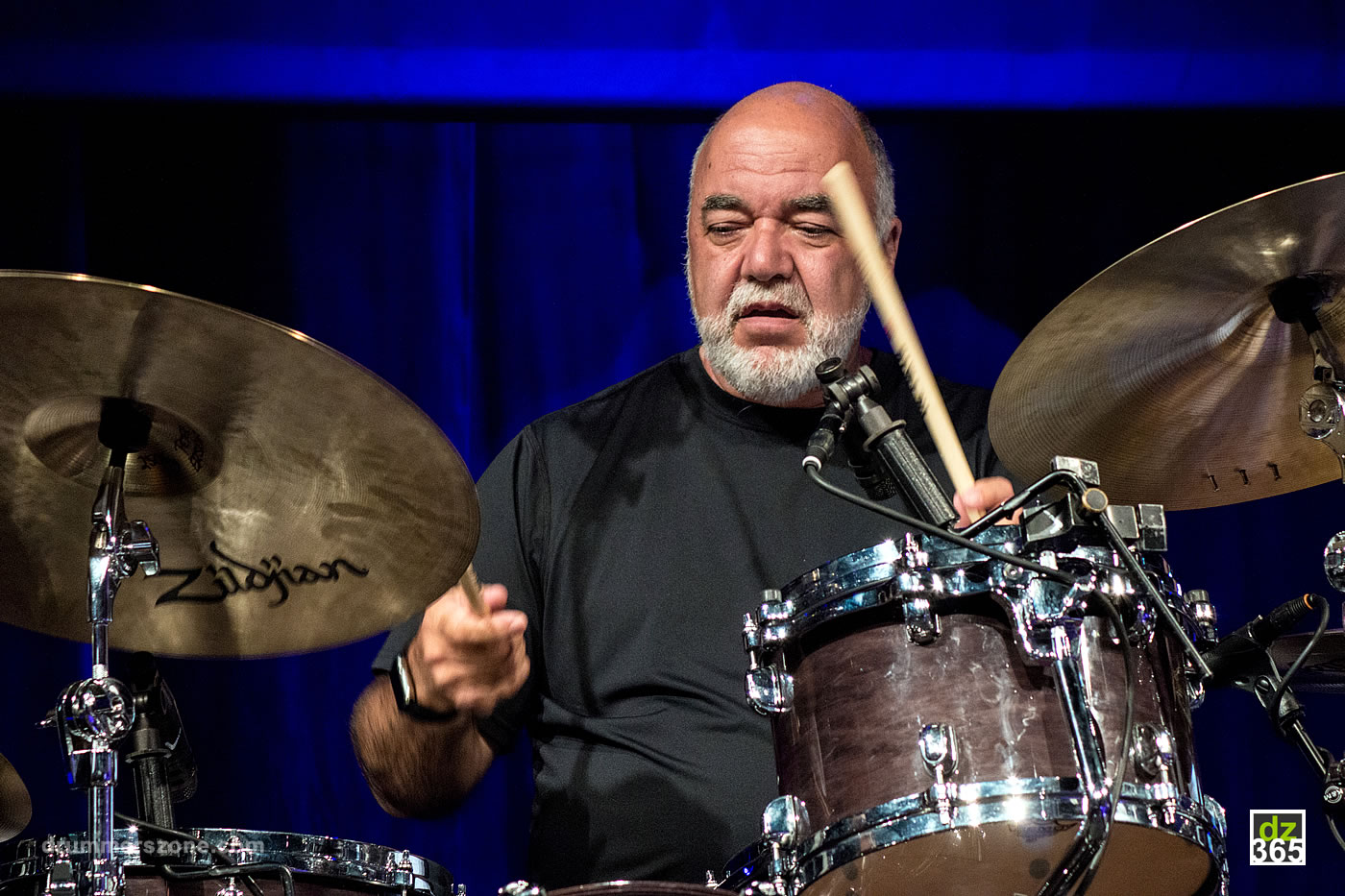 Peter Erskine (born June 5, 1954) is an American jazz drummer who was a member of the jazz fusion groups Weather Report and Steps Ahead. Erskine was born in Somers Point, New Jersey, U.S. He began playing the drums at the age of four. He graduated from the Interlochen Arts Academy in Michigan, then studied… Read more » 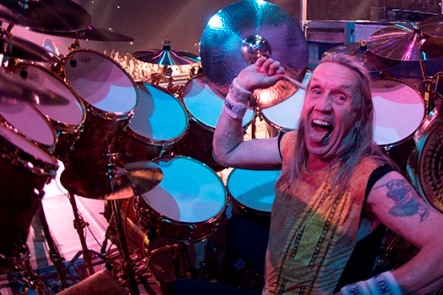 Michael Henry “Nicko” McBrain (born 5 June 1952) is an English musician and drummer of the British heavy metal band Iron Maiden, which he joined in 1982. Having played in small pub bands from the age of 14, upon leaving school McBrain paid his bills with session work before he joined a variety of artists,… Read more » 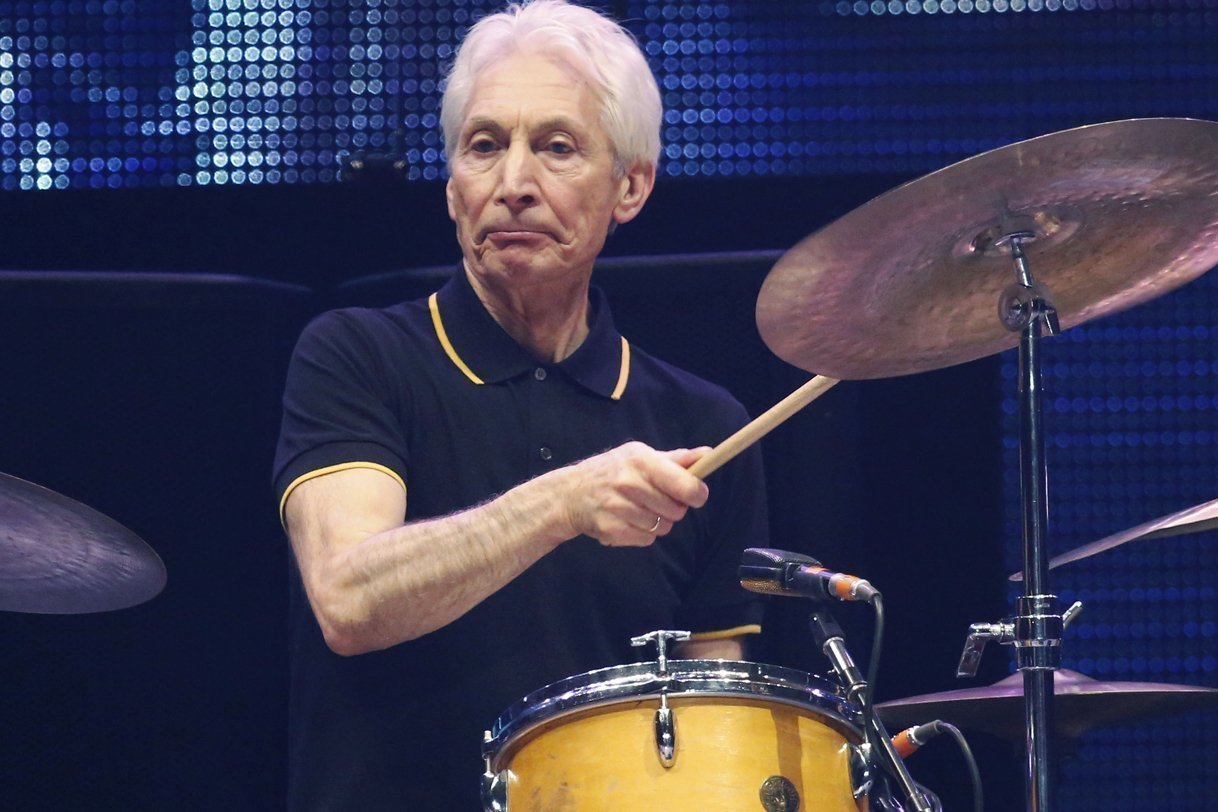 Charles Robert Watts (born 2 June 1941) is an English drummer, best known as a member of the Rolling Stones since 1963. Originally trained as a graphic artist, he started playing drums in London’s rhythm and blues clubs, where he met Brian Jones, Mick Jagger, and Keith Richards. In January 1963, he joined their fledgling… Read more » 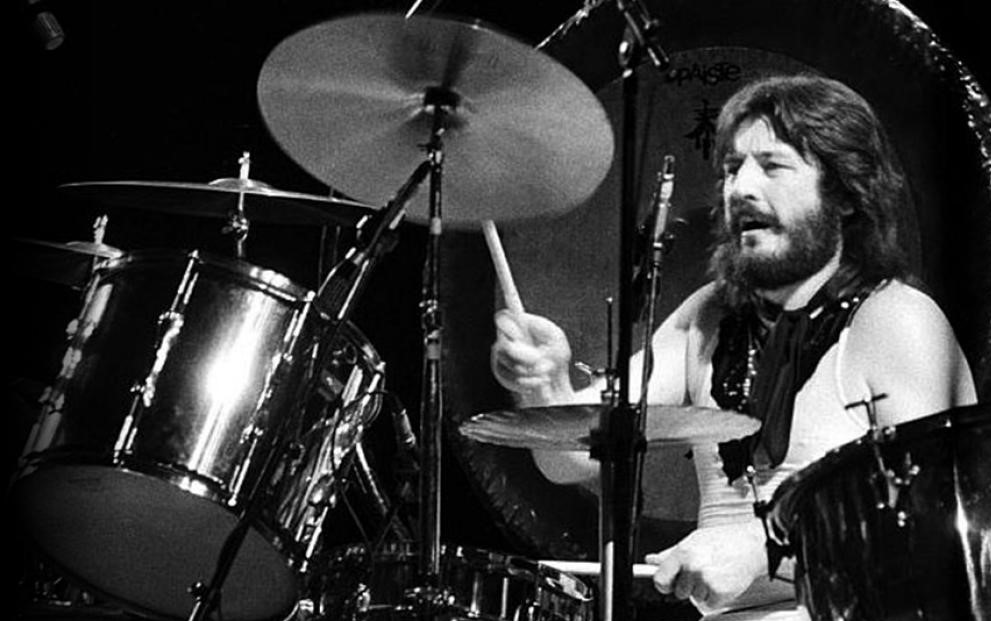 John Henry Bonham (31 May 1948 – 25 September 1980) was an English musician and songwriter, best known as the drummer for the British rock band Led Zeppelin. Esteemed for his speed, power, fast bass drumming, distinctive sound, and “feel” for the groove, he is regarded by many as the greatest and most influential rock… Read more » 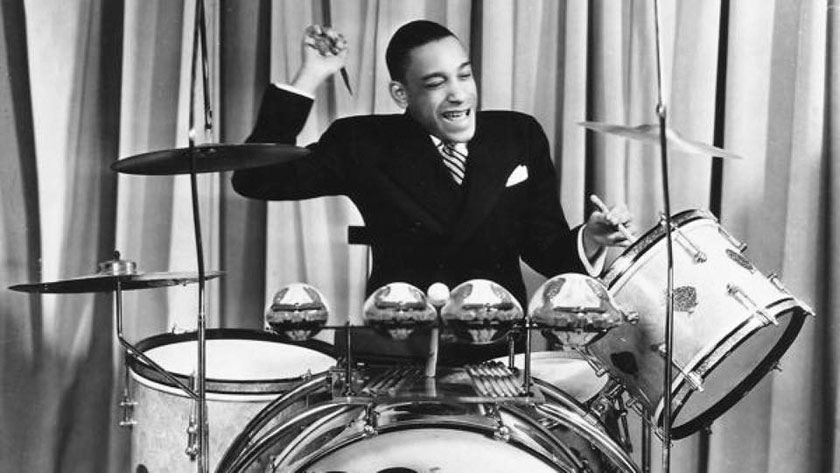 William Henry “Chick” Webb (February 10, 1905 – June 16, 1939) was an American jazz and swing music drummer as well as a band leader. Webb was born in Baltimore, Maryland, to William H. and Marie Webb. From childhood, he suffered from tuberculosis of the spine, leaving him with short stature and a badly deformed… Read more » 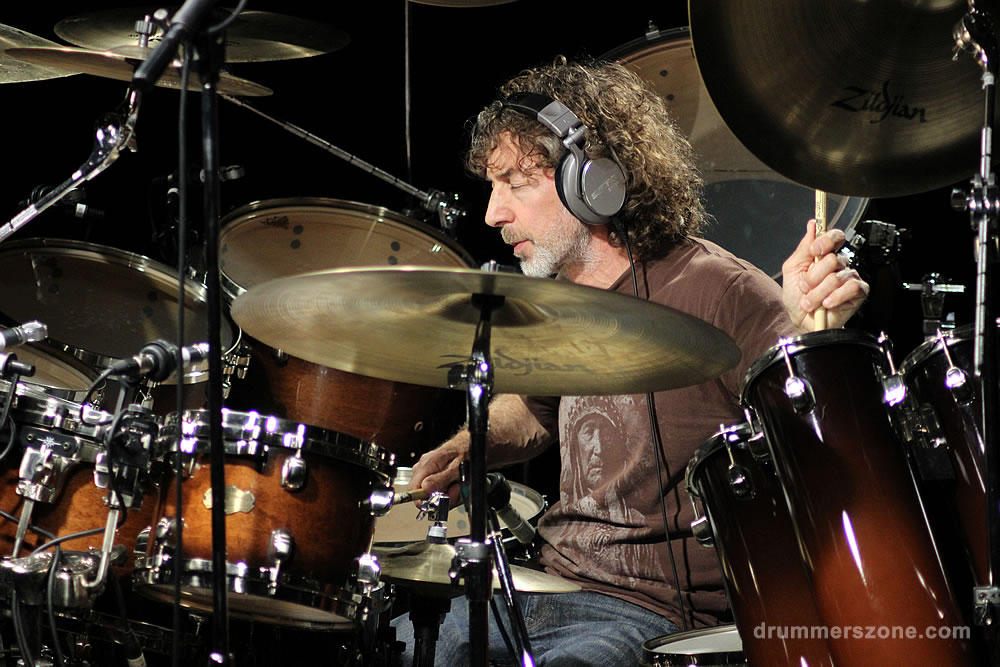 Simon Phillips (born 6 February 1957) is an English jazz, pop, and rock drummer and record producer. He worked with rock bands during the 1970s and 1980s and was the drummer for the band Toto from 1992 to 2014. Phillips started to play professionally at the age of twelve in his father’s dixieland band for… Read more »