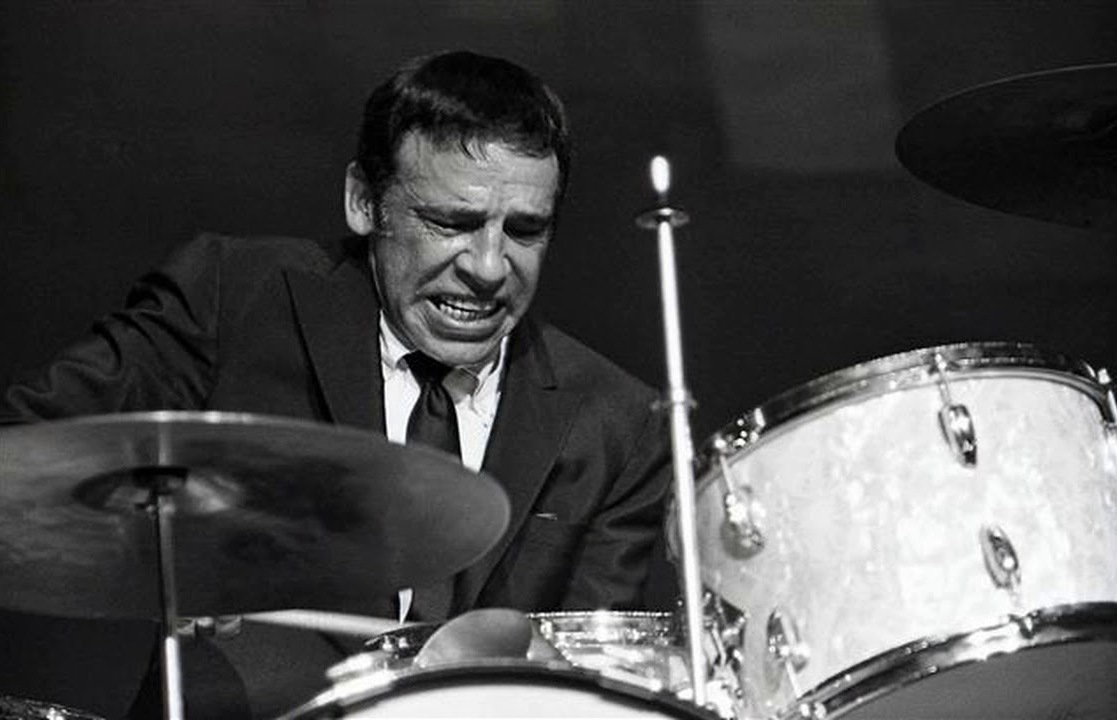 Buddy Rich, born Bernard Rich on September 30, 1917, in Brooklyn, NY, was an American drummer and band leader, who, in his day, was billed as “the world’s greatest drummer” and “the world’s fastest drummer.” Rich is best known for his incredible technique, power, groove, and speed — as well as for being helpful and friendly, with a very short temper.

Buddy began playing the drums at a very young age — at the age of 18 months he was working in vaudeville, billed as “Traps the Drum Wonder”. By the time he was 11 years old, he was performing while carrying the role of bandleader.

Rich received no formal instruction for the drums and never would admit to practicing.

At the age of 21, Rich participated in his first major recording session, working with the Vic Schoen Orchestra (backing band for the Andrews Sisters). He would go on to serve as a session drummer for numerous recordings — sessions for the late-career comeback recordings of Ella Fitzgerald and Louis Armstrong, pianist Oscar Peterson, and his own iconic trio featuring bassist Ray Brown and guitarist Herb Ellis. In 1968, Rich collaborated with the Indian Drummer Ustad Alla Rakha in the studio album Rich and Alla Rakha.

In 1966, having left Harry James’ band, Rich went on to start his own big band. In a time where the big band heyday had long since past, Rich successful led his own big bands, playing at high schools, colleges and universities, with club performances done to a much lesser degree, until his death.

Buddy Rich died of heart failure on April 2, 1987 following surgery for a malignant brain tumor; he was 69.