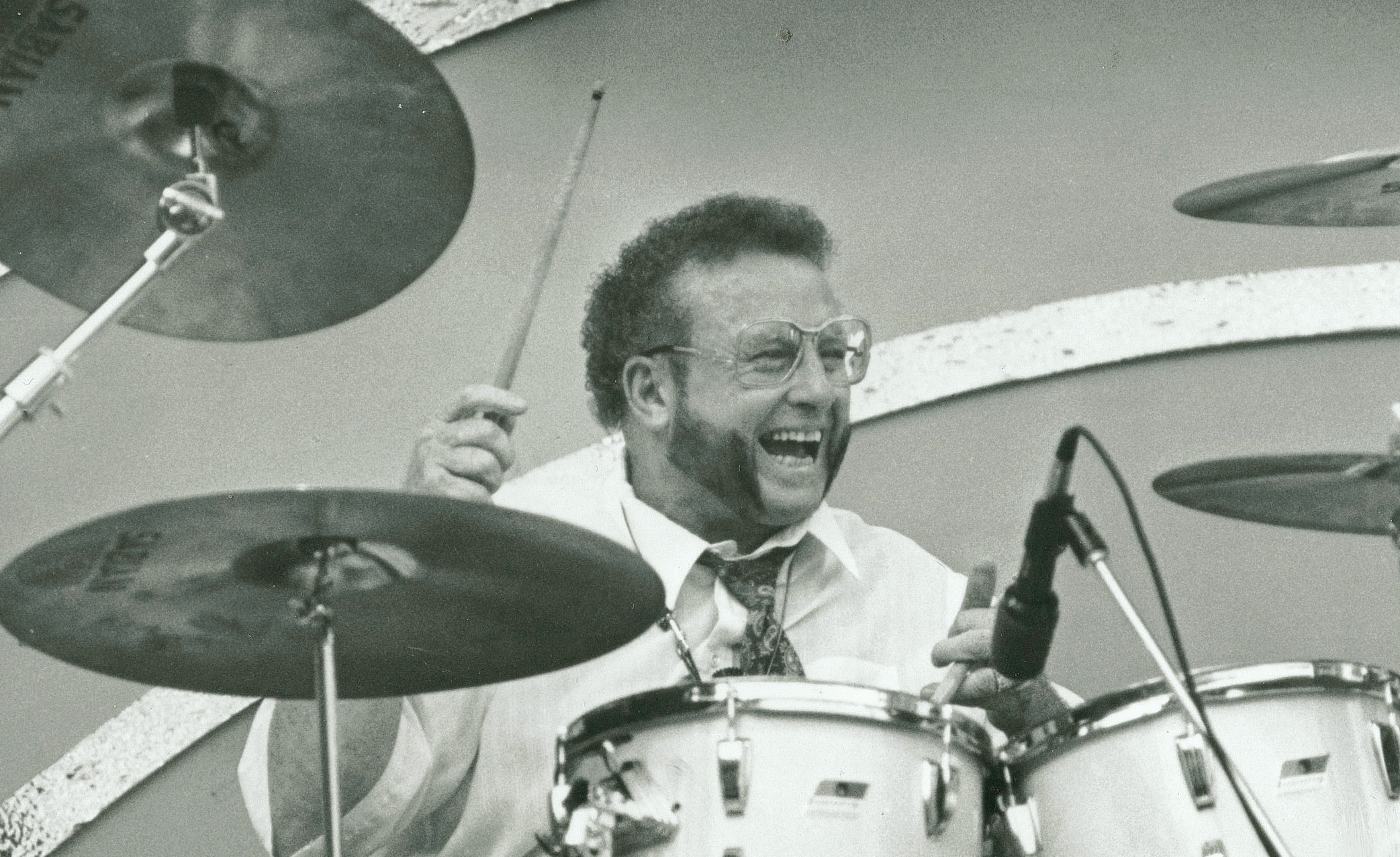 Edwin Thomas “Ed” Shaughnessy (January 29, 1929 – May 24, 2013) was a swing music and jazz drummer long associated with Doc Severinsen and a member of The Tonight Show Band on The Tonight Show Starring Johnny Carson.
Shaughnessy was born in Jersey City, New Jersey and grew up in the New York City area, working in the 1940s with George Shearing, Jack Teagarden, and Charlie Ventura. In the 1950s he worked in the Benny Goodman and Tommy Dorsey bands. In the 1960s he played for Count Basie prior to joining The Tonight Show Band. He was the drummer on Bashin’: The Unpredictable Jimmy Smith in 1962 which featured big band arrangements by Oliver Nelson, including the pop hit “Walk on the Wild Side” which peaked at #21 on the Billboard chart. Shaughnessy recorded extensively throughout his career and was known for his drum competitions with Buddy Rich.
Although best known as a big band drummer, Shaughnessy also performed small group work with Gene Ammons, Roy Eldridge, Billie Holiday, Mundell Lowe, Teo Macero, Charles Mingus, Shirley Scott, Jack Sheldon, Horace Silver, and many others. For several years Shaughnessy was a member of the house band at Birdland and other New York clubs. In the early 1970s he was doing similar work in Los Angeles and is credited with discovering Diane Schuur, whom he introduced at the 1976 Monterey Jazz Festival. Shaughnessy played in an early incarnation of the “Sesame Street” orchestra along with percussionist Danny Epstein, reed player Wally Kane, and, on occasion, guitarist Bucky Pizzarelli.
He was an endorser of Ludwig drums, Sabian cymbals and Pro-Mark drumsticks.
Shaughnessy was married to Ilene Woods, the original voice of Cinderella, who died in 2010. He died of a heart attack in Calabasas, California at the age of 84. He was cremated. He was survived by his son Daniel, his stepdaughter Stephanie and grandchildren. His other son James preceded him in death from a car accident in 1984.