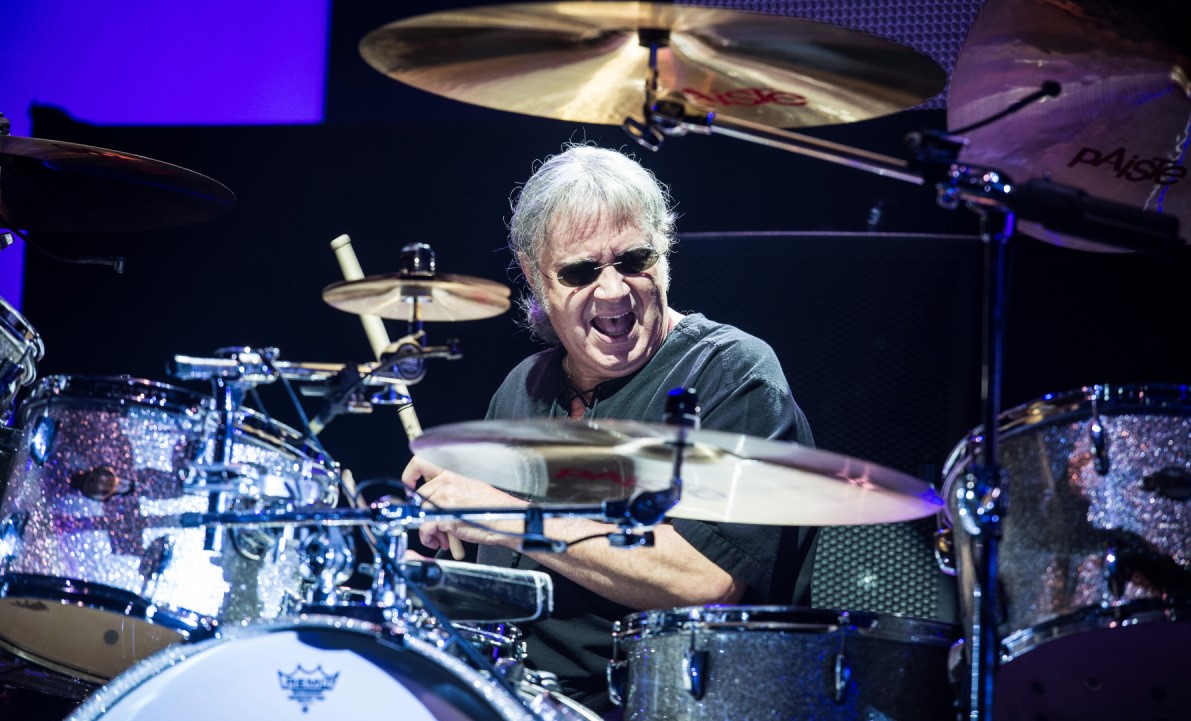 Ian Anderson Paice (born 29 June 1948) is an English musician, best known as the drummer and last remaining original member of the English rock band Deep Purple.
Born in Nottingham but moving south in early childhood, Paice got his first drum kit at 15. He began his professional career in the late 1950s playing drums in his father’s dance band. The first band he was in was called Georgie & the Rave-Ons, which after being renamed the Shindigs released their first single featuring the 17-year-old Paice and George Adams.

In 1966 Paice joined the MI5, which soon changed its name to the Maze. Primarily a club band, the Maze produced a number of singles, recorded mainly in Italy and France.
The Maze featured vocalist Rod Evans, who alongside Paice was to form the original line-up of Deep Purple in March 1968. Evans had responded to an ad for a lead singer published by Deep Purple management, and showed up for his audition with Ian Paice in tow. Given that Deep Purple’s first choice as drummer, Bobby Woodman, had expressed dislike for the band’s musical direction, the group hastily arranged an audition for Paice, with guitarist Ritchie Blackmore leading the charge. Blackmore in interviews years later stated: “I had looked for Ian Paice for about a year after seeing him perform in Hamburg. He’s an incredible drummer. And he was the motor of the band”. Before arriving at their current lineup, Deep Purple has undergone numerous lineup changes since its inception, with Paice being the last remaining original member that remains active until today in the band.

Paice has remained a member of Deep Purple through every formation of the band, including up to the present day.

During this time, Paice was also involved in doing sessions for producer Derek Lawrence.