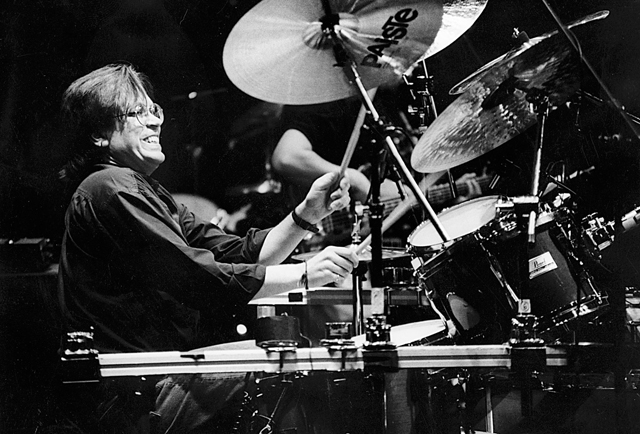 Jeffrey Thomas Porcaro (April 1, 1954 – August 5, 1992) was an American drummer, songwriter, and record producer. In a career that spanned more than 20 years, Porcaro was best known for his work with the rock band Toto. Porcaro is one of the most recorded session musicians in history, working on hundreds of albums and thousands of sessions. While already an established studio player in the 1970s, he came to prominence in the United States as the drummer on the Steely Dan album Katy Lied. AllMusic has characterized him as “arguably the most highly regarded studio drummer in rock from the mid-’70s to the early ’90s”, further stating that “It is no exaggeration to say that the sound of mainstream pop/rock drumming in the 1980s was, to a large extent, the sound of Jeff Porcaro.” He was posthumously inducted into the Modern Drummer Hall of Fame in 1993.