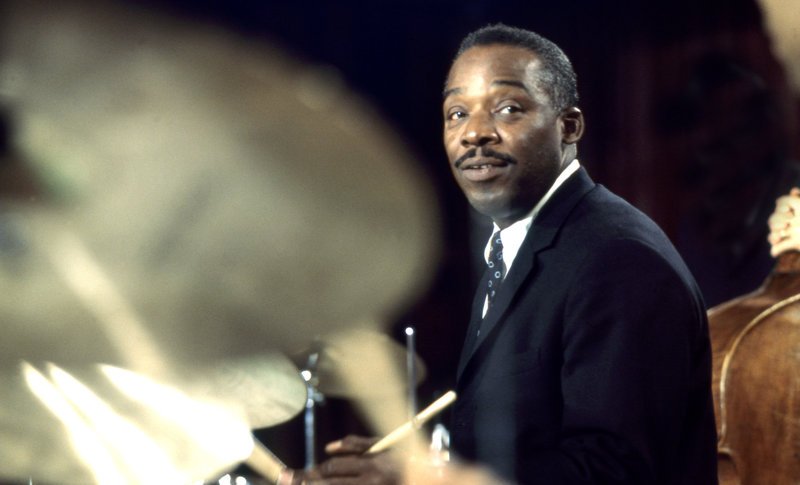 Kenneth Clarke (born Kenneth Clarke Spearman; January 9, 1914 – January 26, 1985), nicknamed Klook, was an American jazz drummer and bandleader. A major innovator of the bebop style of drumming, he pioneered the use of the Ride cymbal to keep time rather than the hi-hat, along with the use of the bass drum for irregular accents (“dropping bombs”).

Born in Pittsburgh, Pennsylvania, he was orphaned at the age of about five and began playing the drums when he was about eight or nine on the urging of a teacher at his orphanage. Turning professional in 1931 at the age of seventeen, he moved to New York City in 1935, establishing his drumming style and reputation. As the house drummer at Minton’s Playhouse in the early 1940s, he participated in the after-hours jams that led to the birth of bebop. After military service in the US and Europe between 1943 and 1946,he returned to New York, but between 1948 and 1951 he was mostly based in Paris. He stayed in New York between 1951 and 1956, performing with the Modern Jazz Quartet and playing on early Miles Davis recordings during this time. He then moved permanently to Paris, where he performed and recorded with European and visiting American musicians and co-led the Kenny Clarke/Francy Boland Big Band between 1961 and 1972. He continued to perform and record until the month before he died of a heart attack in January 1985.