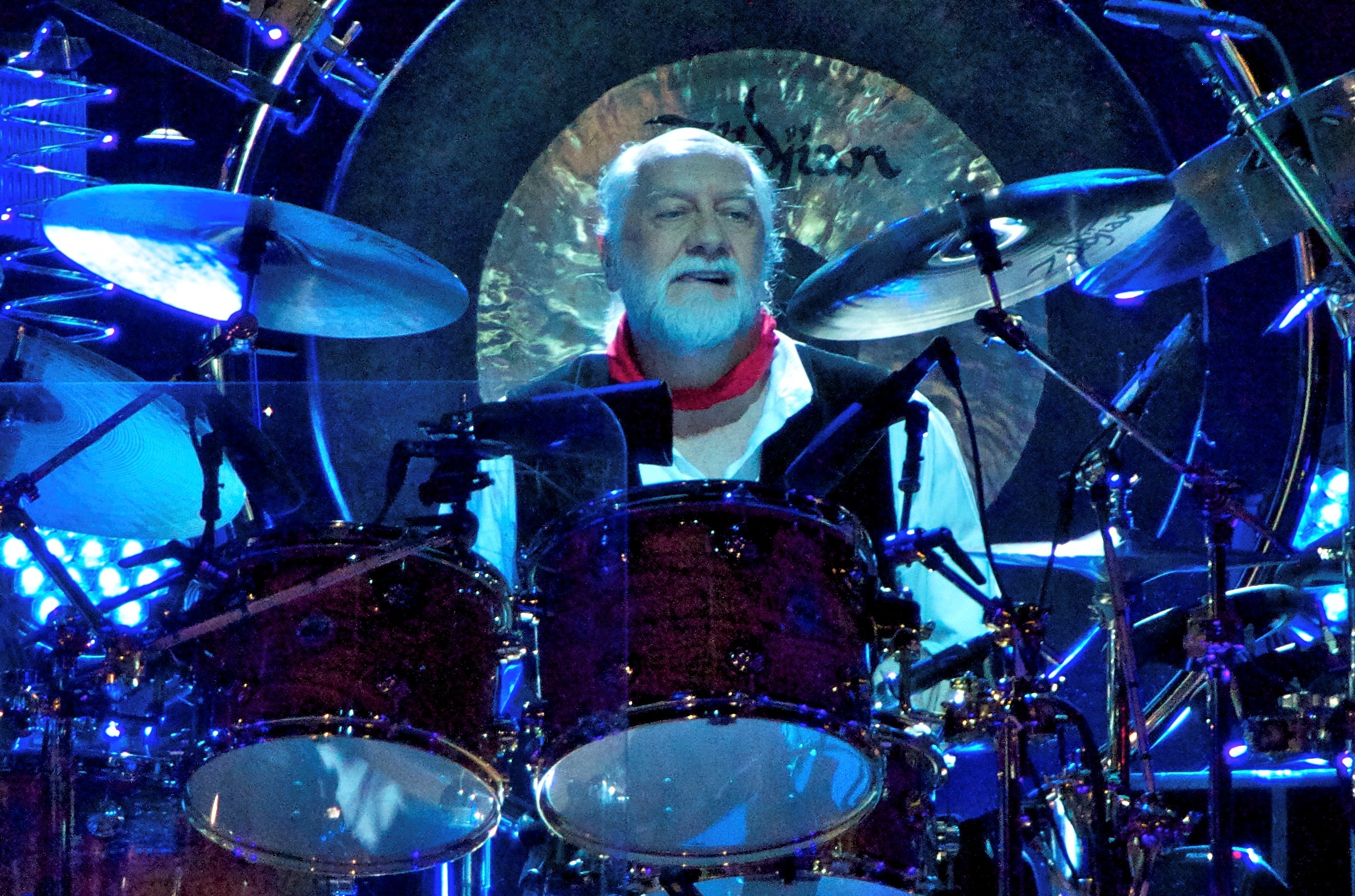 Mick Fleetwood, born Michael John Kells Fleetwood on June 24, 1947 in Redruth, Cornwall, England, is an British drummer and actor, best known as the drummer and founding member of the blues / rock-and-roll band, Fleetwood Mac.
Mick began playing the drums at an early age. At the age of thirteen, his parent bought him his first drum kit, a small Gigster drumset. Two years later, at the age of fifteen, Mick dropped out of school and later (1963) moved to London to pursue his music career as a drummer.
Fleetwood’s first gig was in July, 1963 with London keyboard player Peter Bardens and his band, The Cheynes. Besides his work with The Cheynes, the backing band for early gigs by The Yardbirds and The Rolling Stones, Fleetwood also played drums for The Bo Street Runners’ television appearances on Ready Steady Go! The gigs were waning by April 1965, and by February 1966, Bardens had left the group and asked Fleetwood to join his new band, the Peter Bs. This group quickly expanded to include Rod Stewart and a band name change to Shotgun Express. The band’s guitarist, Peter Green, left to join John Mayall & The Bluesbreakers (which featured John McVie on bass); Fleetwood followed to join in April 1967.
Fleetwood and John McVie were both heavy drinkers — too much for Mayall and the band to cope with — so Fleetwood was fired for his repeated insobriety during gigs. Green, who also left the Bluesbreakers in June 1967, invited Mick Fleetwood and John McVie to join his new band, Fleetwood Mac.
Peter Green’s Fleetwood Mac performed their first gig in August 1967 at the Windsor Jazz and Blues Festival — the band’s first album, Fleetwood Mac, was released in 1968. After touring the United States the band recorded a second album, Mr. Wonderful, as Fleetwood Mac — Peter Green’s name was dropped. After the increase of band personal, a successful third album, Then Play On, and an assortment of hit singles such as “Albatross” and “Man of the World”, Green left the band in May 1970.
print
Loading...
Previous Post Next Post