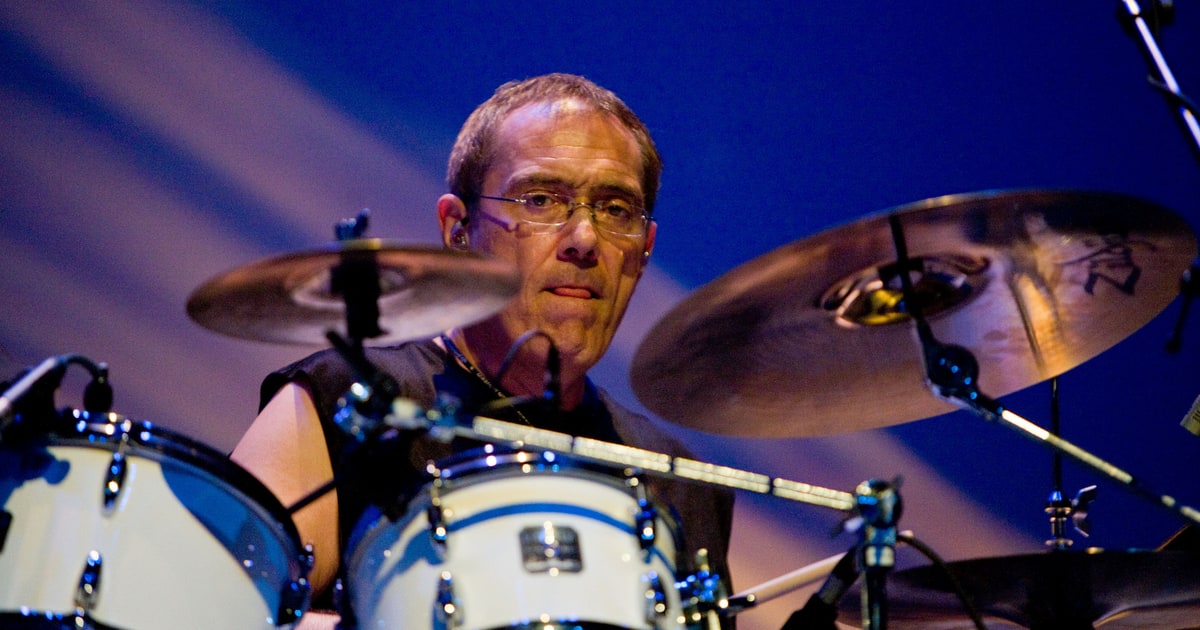 Of Italian descent, Colaiuta was given his first drum kit when he was seven. He took to it naturally, with little instruction. When he was fourteen, the school band teacher gave him a book that taught him some of the basics. Buddy Rich was his favorite drummer until he heard the album Ego by Tony Williams, an event that changed his life. Colaiuta was also listening to organ groups, notably Jack McDuff, Jimmy McGriff and Don Patterson.
While a student at Berklee College of Music, when jazz fusion was on the rise, he listened to and admired Alphonse Mouzon and Billy Cobham.
After leaving school, he played local gigs in Boston. He joined a brief tour organized by Al Kooper, then worked in California on an album by Christopher Morris, which Kooper was producing. Although he returned to Boston, he was drawn back to California by friends and his experience recording. He took the bus from Boston to Los Angeles during the blizzard of 1978. After performing in jazz clubs, he won the audition to play drums for Frank Zappa. He toured with Zappa and appeared on the albums Joe’s Garage, Tinsel Town Rebellion, and Shut Up ‘n Play Yer Guitar.
Modern Drummer magazine chose Joe’s Garage as one of the top 25 drum performances of all time. Colaiuta was called out by name by Dale Bozzio (playing the character of Mary) in the lyrics of the song Catholic Girls.
Colaiuta with Kenny Garrett in the Five Peace Band
In 1981, he left touring with Zappa to become a studio musician, recording for the band Pages and pop singer Gino Vannelli. Opportunities arose with saxophonist Tom Scott and bassist Larry Klein, who invited Colaiuta to play on a record by his then-girlfriend, Joni Mitchell. When Klein and Mitchell got married, Colaiuta was the best man at their wedding. During the 1980s, he toured with Mitchell. By the end of the 1980s he was living the busy life of a studio musician, recording albums, doing TV and film work during the day, and playing clubs at night. In addition to pop acts, he has worked with jazz musicians Herbie Hancock, Chick Corea, Buell Neidlinger, and the Buddy Rich Big Band.
In 1990, Colaiuta got a phone call from Sting, flew to England, and won the audition to become a member of his band. He remained with Sting for much of the 1990s, touring and recording the albums Ten Summoner’s Tales (1993), Mercury Falling (1996), Brand New Day (1999) and Sacred Love (2003). On November 12, 2016, he played with Sting in the first concert to be held at the Bataclan in Paris since the terrorist attack a year earlier.
In 1994, he released his debut solo album.[10] He has won over fifteen Drummer of the Year awards from Modern Drummer magazine’s annual reader polls. These include ten awards in the “Best Overall” category.